A History of the Georgist Movement 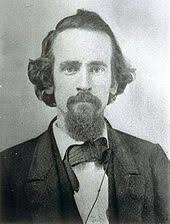 The current members of Common Ground, U.S.A. stand on the shoulders of thousands of people around the United States and other countries working tirelessly for specific systemic changes that would change the course of history. Beginning in the late nineteenth century they were called to action by the writings and teachings of a Philadelphia-born journalist and self-taught political economist named Henry George.

As a young man in the mid-nineteenth century, Henry George joined the huge migration of people drawn to California by the discovery of gold. However, trained as a typesetter he ended up working in journalism, as a reporter, editor and eventually as owner of newspapers. A thoughtful person, he struggled to understand why poverty worsened and living conditions declined as population grew and industrial development expanded. To investigate the cause he studied the writings of his contemporary and predecessor political economists. After several years of intense study, he concluded the problem originated with systems of law and taxation that resulted in the concentrated control over nature – that is, over land and natural resources. In 1879 he produced his first major work, Progress and Poverty: An Inquiry Into the Cause of Industrial Depressions and of Increase of Want with Increase of Wealth,” reporting his findings. 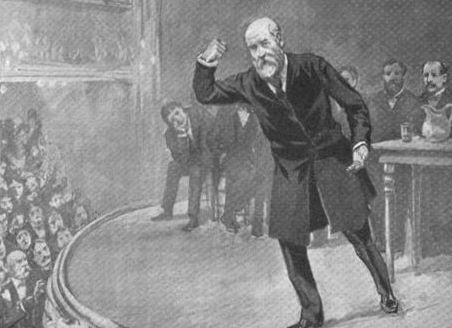 After moving east to New York City in 1880, Henry George emerged as a major voice among those calling for fundamental systemic changes. He continued to write and lecture to growing audiences. His books were translated into many other languages, and his influence grew. In 1886 he was drafted to run for the office of Mayor of New York City by the United Labor Party. In country after country, thoughtful persons came to embrace the principles of change Henry George advocated. The list of supporters would come to include American leaders such as Louis Brandeis, Tom L. Johnson and Frederic C. Howe. Leo Tolstoy, Sun Yat-Sen and even Winston Churchill championed the reforms he proposed.

A vision for a very different future

What did Henry George call for? His vision was for a societal structure that nurtured the full potential of the individual. Essential to this outcome was the elimination of landed privilege. To Henry George, access to the earth was the equal birthright of all persons. Exclusive control over any part of nature was, therefore, a privilege requiring full compensation to society. Ideally, societies would award access to land under leasehold arrangements awarded by competitive bidding. However, since most societies had already created the legal structure for the treatment of nature as private property, Henry George came to a peaceful solution: require all who control land to contribute to society the full potential annual rental value of whatever land is held. At the same time, the goods we produce from nature should be exempt from any taxation. His program came to be referred to by supporters as a call for the Single Tax. 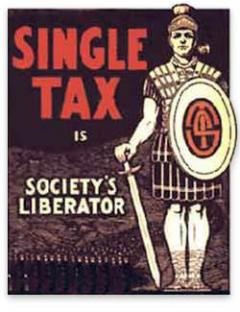 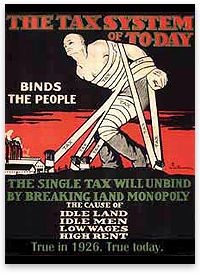 Henry George died in 1897 while campaigning a second time for the Office of Mayor of New York City. The movement he started continues to this day. Common Ground, U.S.A. is one of many citizen organizations devoted to promoting the same systemic changes advanced by Henry George not so long ago. In the United States, where local governments and school districts raise much of their needed revenue by the taxation of real estate, Common Ground, U.S.A. encourages elected officials, civic leaders and the general public to examine the benefits of moving incrementally to a land value only property tax base. 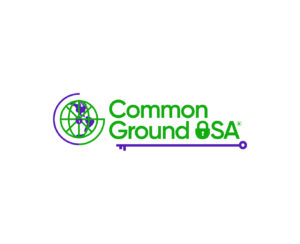