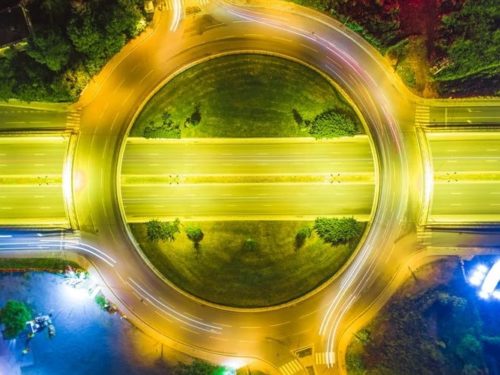 Value capture is commonly conceived as a mechanism by which all or a portion of the financial benefits to property owners generated by a geographically targeted public capital investment are appropriated by a local public authority. The concept of value capture appeared many decades ago in the form of special assess¬ments. The City of New York drew up a proposal for financing its 1930s subway exten¬sion through property assessments, demonstrating that enhanced land values along existing lines amounted to more than four times the cost of constructing the subway lines (Hagman and Misczynski 1978). Increasingly the term’s usage has been focused on transportation corridors, particularly rail transit.

Value capture is based on the proposition that new transportation improvements such as a rail station not only create accessibility benefits to potential transit riders but also create value for the owners of nearby properties in the form of higher site values and new development opportunities. (Iacono, et.al. 2009) Land-based taxing mechanisms are rooted in the benefits principle, whereby the financial benefits of public transportation improvements are in effect capitalized into land values. “As long as the spatial distribution of project benefits can be internalized within a well-defined ‘benefit zone’, it is economically efficient to finance projects by tapping the increments in land values resulting from them” (Peterson 2009).

A large number of empirical studies have confirmed the positive impact of transit station improvements on nearby “property” (i.e. land) values. Urban rail transit will significantly raise site values in station areas, especially if the regional economy is growing, and complimentary regulatory and joint development programs are in place. (Cervero 1994) Most land use opportunities and value impacts occur within a quarter to half mile of stations, regardless of landowners’ property investment decisions.

The term ‘value capture’ has been loosely used to cover almost every form of special property tax. Over the past years, several methods of capturing growth in “property” (i.e. land) values have come into practice. These methods vary – from compulsory capture through taxes or levies, to voluntary capture through partnership agreements between property owners and a local authority (Enoch, Potter and Ison 2005). Four strategies are widely practiced in North American localities:

1. Special Assessment – a tax assessed on parcels identified as receiving a direct and unique benefit as a result of a public project. The most common among these is a Local Improvement District (LID), used to finance capital improvements in transportation infrastructure.

2. Tax Increment Financing – a special provision in state law that allows the diversion of the property tax increment derived from the increase in “property” (i.e. land) values over a base year to a fund used to pay off capital bonds for public improvements within a TIF district. This method evolved primarily as an offset to decreased federal grant funding for urban renewal.

3. Joint Development – a cooperative agreement between a public agency and private developer/owners to build large-scale mixed-use development projects on land that has been purchased by a transit agency. Washington, D.C., and California have made extensive use of such partnerships to build transit communities adjacent to rail stations.

4. Developer Impact Fees – a fee assessed on new development within a jurisdiction, used to defray the cost of extending public services to the development sites. This reflects a policy shift whereby local governments increasingly look to site developers to bear part of the costs of development – both direct and indirect. Impact fees are a reimbursement of government costs.

The uplift in “property” (i.e. land) values associated with public transportation developments is a derived benefit to landowners, but what is the precise measure of benefits received, and what portion is reasonable to capture in the form of taxes or fees? If benefits are understood to accrue in the form of land value uplift attributable to a targeted public capital investment, we must disregard taxing instruments that include building value. But most compulsory “capture” mechanisms include the value of both land and buildings. TIF, for instance is simply a diversion of a portion of the regular property tax which taxes land and buildings at the same rate. The ‘pure’ rendering of the term value capture should be limited to land value premiums (or ‘betterment’) derived from a specified public capital investment, usually within rail transit corridors. It is a distinctive application of a special assessment district; it is over and above the regular property tax.

In essence, capturing incremental value by means of a betterment levy is a quid pro quo in that it merely reclaims the uplift in property owners’ site values ‘given’ through re-zoning, infrastructure and service provision that support the development of new or enhanced communities centered around transit stations. Rather than an extra cost burden, value captured is an investment that will be returned to owners over future years in the form of enhanced land values. Thus, value capture has a dual purpose: (1) to avert windfall gains and impede land speculation in rail station areas; (2) to finance public place-making capital improvements that support transit communities.