Is Land Value Taxation even more Powerful a cure than Even Georgists Believe? 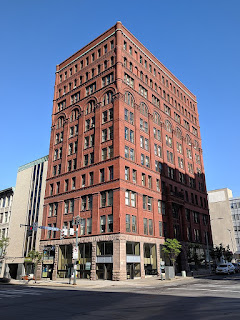 This article in The City (link), plus a previous one on the same issue of Affordable Housing just the day before, made me think that the way to cut through the morass of regulations, incentives and political factions, might be just to ignore many of them and just to implement Land Value Taxation broadly.

A little summary and background is in order: The article, and I, are based in New York City, probably the most complex, challenged, and certainly the largest city in the U.S. For reference, New York City is more than 2X the size of the next largest city, Los Angeles, at 8.8 million people, as of the last 2020 census.

The complexity and details of its housing situation could span volumes, but include:

But, what if there’s actually enough spare housing, and to spare, for all the homeless, migrants included? What if much of this housing needs work, some is between leases, but in total it is over 88,000 units, or even higher? That’s the claim of the second article in the City, cited above, using official public records from the Department of Housing Preservation and Development (HPD) based its estimate on survey data collected by the U.S. Census Bureau last year. Put another way, and tellingly so, that’s 1 in 10 rent-stabilized housing.

Landlord groups claim it’s the rent stabilization that’s preventing them from fixing up their units in a way that’s affordable to them; i.e. the cost of repairing them is more than they can make up for when rent increases are restricted. Unsurprisingly, tenant and activist groups claim otherwise, using other figures and calculations.

Developers claim the recently expired 421-a tax abatement policy is responsible for under-building, but that just expired in June, so it would take time for the pipeline to shut down, even if it is going to. And the problem of inadequate housing started long before that. Groups like Open New York advocate for just building more housing, of any kind, bigger and everywhere. That’s a simple solution, but what about the 88,000 plus units already vacant, and increasing? Something doesn’t add up.

One can get pretty deep in the weeds with all the competing claims from multiple parties.

But what of Land Value Taxation, never even mentioned as a possible cure? Regardless of whose figures you use, might LVT work? What if the city taxed land, untaxed income from buildings, treating vacant and under-utilized land the same as the most densely occupied land? Then, would it matter who’s right, or would there just be such a strong incentive to develop or repair empty units for rent that the existing stock would go into production, along with new stock, curing the affordable housing crisis? Rather than examining the books, maybe we need to examine – and fix – the tax system. Instead of finding who to blame, why not find out how to solve the problem?